Species composition, abundance and distribution of phytoplankton in the thermocline layer in the South China Sea, Area IV: Vietnamese waters 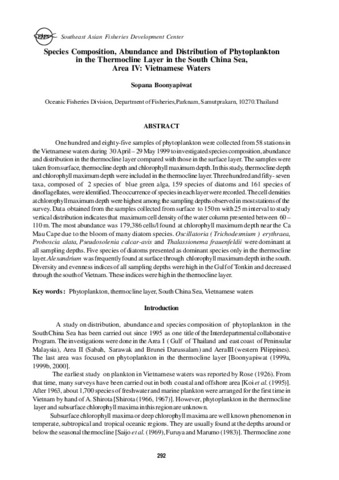