Genetic mixed-stock analysis of short mackerel, Rastrelliger brachysoma, catches in the Gulf of Thailand: Evidence of transboundary migration of the commercially important fish 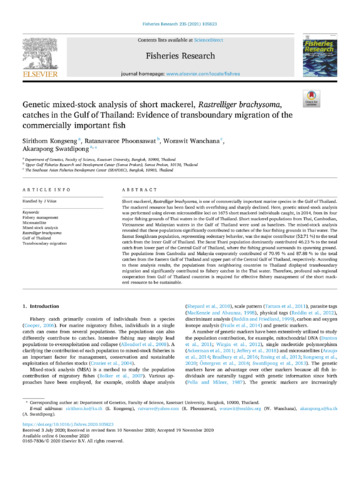