A half-century journey of SEAFDEC 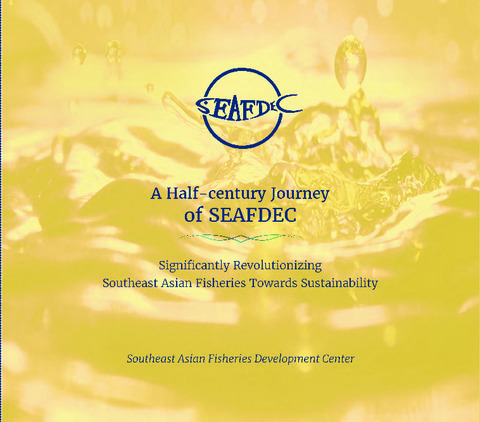 Having been established on 28 December 1967, SEAFDEC would celebrate its Golden Jubilee by December 2017. With the compelling mission that seeks “to develop and manage the fisheries potential of the region by rational utilization of the resources for providing food security and safety to the people and alleviating poverty through transfer of new technologies, research and information dissemination activities,” SEAFDEC puts its faith in its Secretariat and five Technical Departments with the guidance of the SEAFDEC Council of Directors representing the Fisheries Agencies of its eleven Member Countries. As SEAFDEC now enters the threshold of its fifty years in the Southeast Asian region, it nurtures its efforts in promoting sustainable fisheries and in majestically attaining monumental technological advancements that veered the course of the region’s fisheries development towards sustainability. Through diligence and perseverance, SEAFDEC has been able to reap the fruits of its hard work obtaining greatness in terms of the quality of its achievements and is committed to sustain such efforts in the years ahead. In fact, the impacts of such efforts on the sustainability of the region’s fisheries have been chronicled through the various publications of SEAFDEC including the Special Publication, Fish for the People. Considering therefore the significance of the 50 years of existence of SEAFDEC in the region, the Information Program Coordination (IPC) Office at the SEAFDEC Secretariat commemorates this significant year of continued quest for progress and growth in sustainable fisheries development in Southeast Asia with this special Coffee Table Book. The main intention of coming up with this Coffee Table Book is to portray the 50-year journey of SEAFDEC in sustainably revolutionizing the region’s fisheries, a quest which should go on beyond its Golden Jubilee. It is hoped that this Coffee Table Book would inspire our audience and enhance the visibility of SEAFDEC as an important contributor to the integration of the fisheries sector into the ASEAN Economic Community. As fourth in the series of Coffee Table Books produced by SEAFDEC, the first when SEAFDEC celebrated its 20th year in the region in 1987, the second during its silver jubilee in 1992, and the third on its 30th anniversary in 1997, this Golden Jubilee version is a special one as it reflects SEAFDEC’s achievements during the past 50 years and portray some foresights for the coming years. Although spearheaded by the IPC Office, production of this special Coffee Table Book also involved all the SEAFDEC Technical Departments, especially in terms of their respective historical information and accomplishments with photographs. Responses from those people who had once worked with SEAFDEC were valuable to complete the saga of SEAFDEC through the years and what is expected from the Center in the future. This Coffee Table Book contains important historical facts that led to the establishment of SEAFDEC as well as those of the Technical Departments. Milestones of the Technical Departments are also chronicled to see how far SEAFDEC has gone in terms of technical advancements. However, considering that it was not all “beds of roses” for SEAFDEC as there were indeed “ups and downs,” this version therefore embraces not only the achievements but also the “misfortunes” and the hardships encountered along the way. Also included is a recollection of the assistance endowed by people who had served as its “bridge over troubled waters,” for SEAFDEC to overcome the adversities making the Center much stronger, deeply rooted and invincible. Thus, from a mere cocoon that went through sacrifices, a butterfly has been released and ready to soar high and sail into the wind, and that is what SEAFDEC is all about through the 50 years of its existence and beyond.